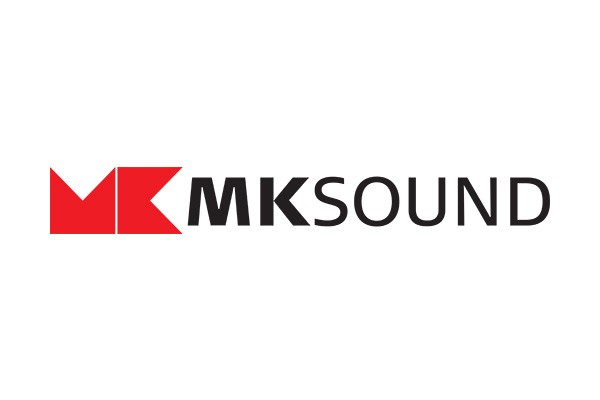 At M&K Sound, we design loudspeakers to sound inherently right, to be universal tools, equally adept with any style of music or movie soundtrack, in stereo or surround.

The fundamental rightness of our products – call it accuracy, precision, neutrality, naturalness, realism – breaks down the barriers that otherwise exist between professional and consumer audio, as we create loudspeakers free from the analytical brutality of conventional studio monitors that make listening feel like work and equally free from the euphonic colorations of typical domestic speakers that introduce a homogenized sameness to recorded sound, veiling crucial details that are so essential to any rich, finely woven sonic tapestry.

Our philosophy is that the only truly worthwhile listening experience is one that transports you to the site of the original acoustic event with absolutely minimal loss, addition or distortion. This is why our speakers are designed as a conduit to allow you to hear exactly what the performers and recording engineers heard, no more and no less.

As a company founded equally on professional recording and High End home entertainment, the basis for all M&K Sound design work throughout nearly four decades has always been that a good loudspeaker must accurately and realistically reproduce the original acoustic event within its intended acoustical space, whether the source is a human voice, a musical instrument, an explosion or simply a gentle breeze caressing the leaves of a tree. Naturally, this must includethe ambience of the space in which the source was recorded.

Because our emphasis has always been exclusively on accurate reproduction that maintains the full integrity of the original recorded signal, M&K Sound have developed a fiercely loyal following both among professional users and music and home cinema enthusiasts.

We are a dedicated band of audiophiles and music lovers with a passion for the art and science of high quality sound reproduction. With staff on three continents, M&K Sound represents a serious investment in and commitment to research and development and quality assurance.

Believe everything you hear, but only if you’re hearing it on M&K Sound loudspeakers.

“This is the story of a speaker company that helped shape home theater (and even music recording) into what it is today.”

While other manufacturers were building audio dinosaurs in the form of coffin-sized boxes, M&K led the way into the future with the world’s first satellite/subwoofer system, David & Goliath in 1976. The following year, M&K Sound introduced the Volkswoofer, the world’s first subwoofer with a built-in, dedicated power amplifier.

The journey began in 1973, when Walter Becker of Steely Dan commissioned M&K Sound to design a studio reference subwoofer and monitoring system for the Pretzel Logic LP mixing sessions. The result was the world’s first balanced dual-drive subwoofer and Pretzel Logic went on to become a million-selling Top Ten hit and one of Rolling Stone magazine’s 500 Greatest Albums of All Time.

M&K Sound combined expertise in live music recording (RealTime Records) and loudspeaker design, drawing heavily on the research and acoustics back­ground of Dr. Lester Field, who had worked at Bell Telephone Research Laboratories and been a full professor at both California Institute of Technology and Stanford University, before retiring as Chief Scientist and vice president of research at Hughes Aircraft Corporation.

By combining creativity, critical listening and extensive experience in live sound re­cording with scientific methodology and experience, the foundation of M&K Sound was set.

As word of mouth spread rapidly throughout the music and movie industries, M&K Sound systems were created for leading studios, as well as home installations for producers, directors, actors and recording artists.

A Who’s Who of the professional audio world – film, music, mastering and broadcast studios – continue to entrust their livelihood to M&K Sound reference monitors and powered subwoofers.

M&K Sound loudspeaker systems supersede the limitations of conventional speaker designs to produce palpable three-dimensionality, brilliant clarity, pinpoint detail and full-bodied bass, thanks to superior proprietary drivers, materials and technologies that lift the veil between you and the performers.

M&K Sound’s exclusive transient-optimized Phase-Focused crossover ensures extremely coherent response over a wide horizontal and vertical listening window. While other crossover designers consider just frequency response on one axis (the sweet spot), M&K Sound addresses response in both the time and frequency domains, at a wide range of angles in both the vertical and horizontal planes to optimize the speaker’s three-dimensional response.

The top of the line M&K Sound subwoofers employ a unique Push-Pull Dual Driver configuration to eliminate even-order harmonic distortion and double the sound power per watt of amplifier power, for 6 dB of additional output and major improvements in bass detail, articulation, authority and impact.

Conventional surround systems create a disruptive audible discontinuity when the sound shifts from one speaker to another. Timbre-matched M&K Sound speaker systems employ similar or identical drivers and similar or identical crossovers to achieve identical frequency response and tonal characteristics from all channels for a seamless three-dimensional soundfield.

M&K Sound’s exclusive Tripole rear/side speakers radiates sound from three sides of the cabinet in a unique configuration that combines the best characteristics of monopole, direct radiating loudspeakers with the best of a dipole design to deliver consistent, smooth and transparent rear-channel sound, equally suited to ambient, spatial effects and specific placement across a wide listening area.